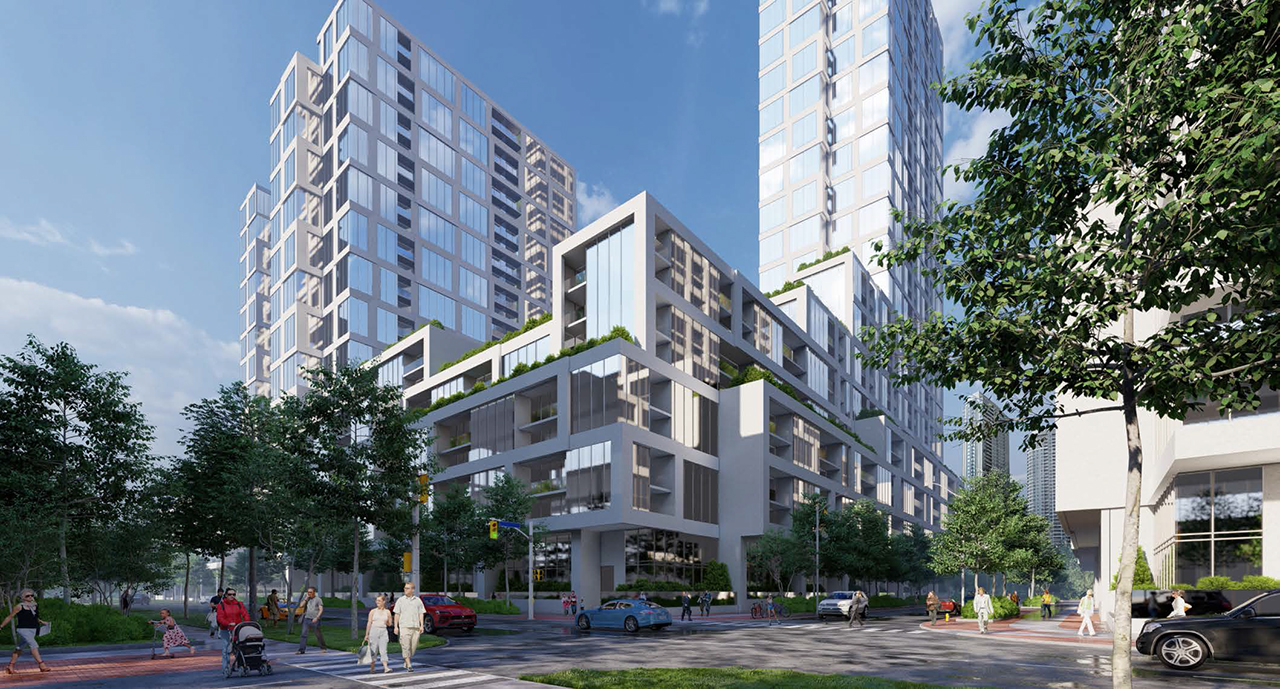 When one thinks of rapid intensification and development in Toronto, the neighbourhood of Agincourt in central Scarborough might not come immediately to mind for most. But this odd little pocket of density along Kennedy Road between Highway 401 and Sheppard Avenue East has a surprising total of 17 condo towers and 7,200 new residential units either built or in the development pipeline. Tridel’s Metrogate community has found great success at Kennedy and the 401, and so it follows that earlier this year, Gemterra jumped in with a multi-tower proposal of their own just to the north.

Cowdray Court, named for the cul-de-sac around which this master plan will evolve, was presented to the Design Review Panel last month and received a mostly positive review. Designed by Teeple Architects, the proposal would see 5 residential towers of 18, 25, 27, 30, and 40 storeys along with two office mid-rises, both reaching 8 storeys in height. In total, the project includes 2,319 residential units and roughly 32,700 m² of office space. A 1.4 ha expansion of the neighbouring Collingwood Park is also included in the master plan, which comes with improved floodplain protection from West Highland Creek.

Currently on Cowdray Court are three commercial and industrial buildings—a car dealership, a Montessori school, and a courier depot—all of which will be demolished for the development. To the south is the CP Rail corridor that separates Cowdray Court from the Metrogate community, and to the north is a community of roughly 30 single-family detached homes occupying the southeast corner of the Kennedy and Sheppard intersection. Agincourt GO station is within an 800-metre radius of the site, and Scarborough Centre is just on the south side of the 401, with the future Sheppard East LRT-or-maybe-subway passing to the north.